No Result
View All Result

by TWMWrestling
in Articles, WWE
0

Last night, we encountered a Horror Show in the form of Extreme Rules.

Continuing a newly set trend of relatively short PPVs, Extreme Rules was definitely a show of extremes. From the removal of a man’s eye to a questionable referee spot, it contained the usual ebbing and flowing we expect from a WWE show. With that being said, I am going to list, in no particular order, my top five matches from last night. 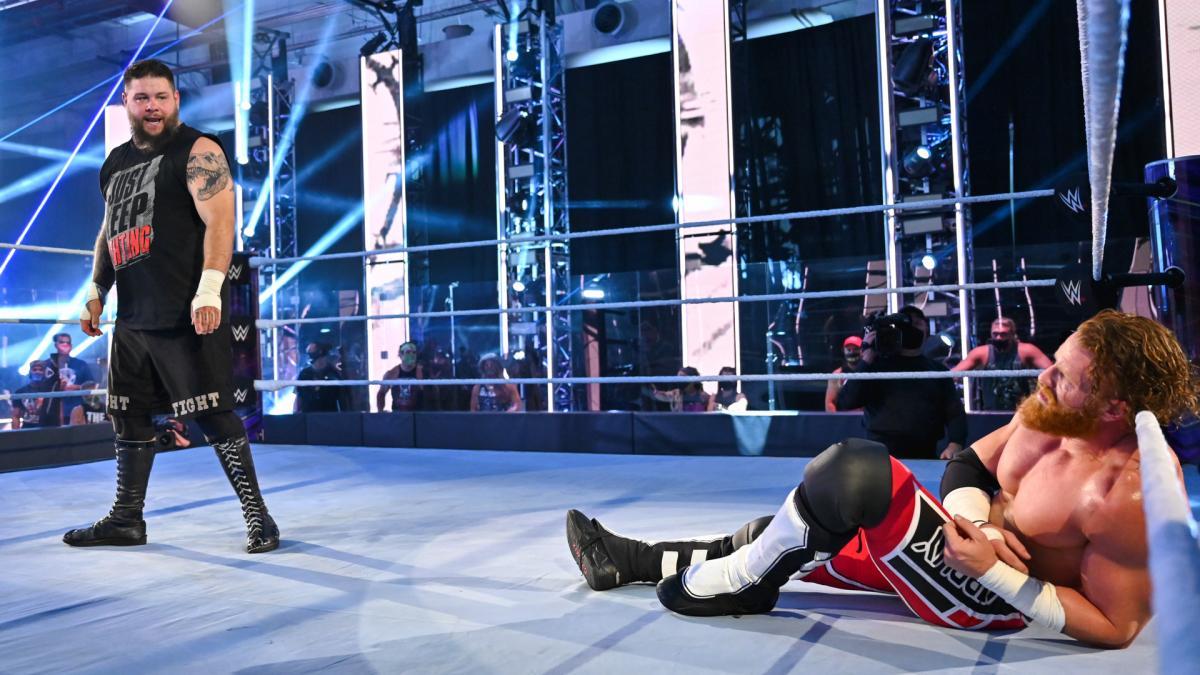 Announced just minutes before the kick-off show was set to begin was Kevin Owens vs Murphy. Though a predictable match in terms of its result, that did not hinder the in-ring work. They managed to fit so much within 10 minutes and made me long for a longer encounter. Murphy’s in-ring skill set is often critiqued for being too alike Kenny Omega’s but within the confines of WWE, it is a breath of fresh air and stands out. He is also a fantastic seller and this was evident when Owens spiked Murphy with a DDT that was executed to perfection; it’s the little things that go a long way. Owens hit a beauty of a moonsault late in the match just further proving his impressive athleticism.

Though a short encounter, it was impressive on all fronts and did leave me questioning whether any of the forthcoming matches could top that? 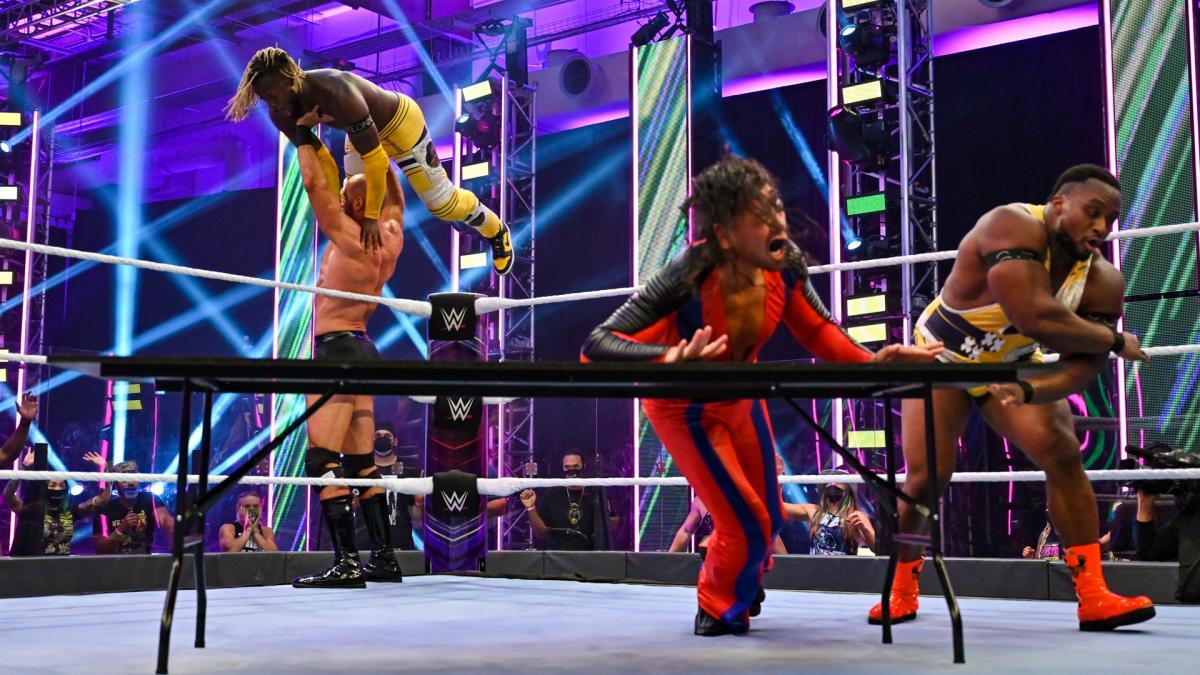 The first match of the official show saw The New Day defend their SmackDown Tag Team Championships versus the pairing of Cesaro and Shinsuke Nakamura.

Unsurprisingly, these four put on a fantastic match. It was paced perfectly with a nice mix between table focused spots and straight-up wrestling. The most notable spots saw Big E spearing Cesaro from the apron to the outside of the ring, Kofi being clattered with the table after attempting his trust fall, then Kofi actually hitting the trust fall onto the outside on Nakamura. However, it was the ending that will have everyone’s attention. It looked like Kofi was going to put Cesaro through a double-stacked pair of tables on the outside but with help from Nakamura, Cesaro managed to powerbomb him through the two tables from the top rope. It looked incredibly painful but visually awesome.

Wrong to think so, I was certain The New Day would retain. After weeks of losing on SmackDown, I was sure a win was the only logical answer but I am delighted to see Cesaro and Nakamura being given the titles. It is bittersweet as you do wish for them to be in the main event picture but I digress – this was a fantastic match paired with a pleasing title change. 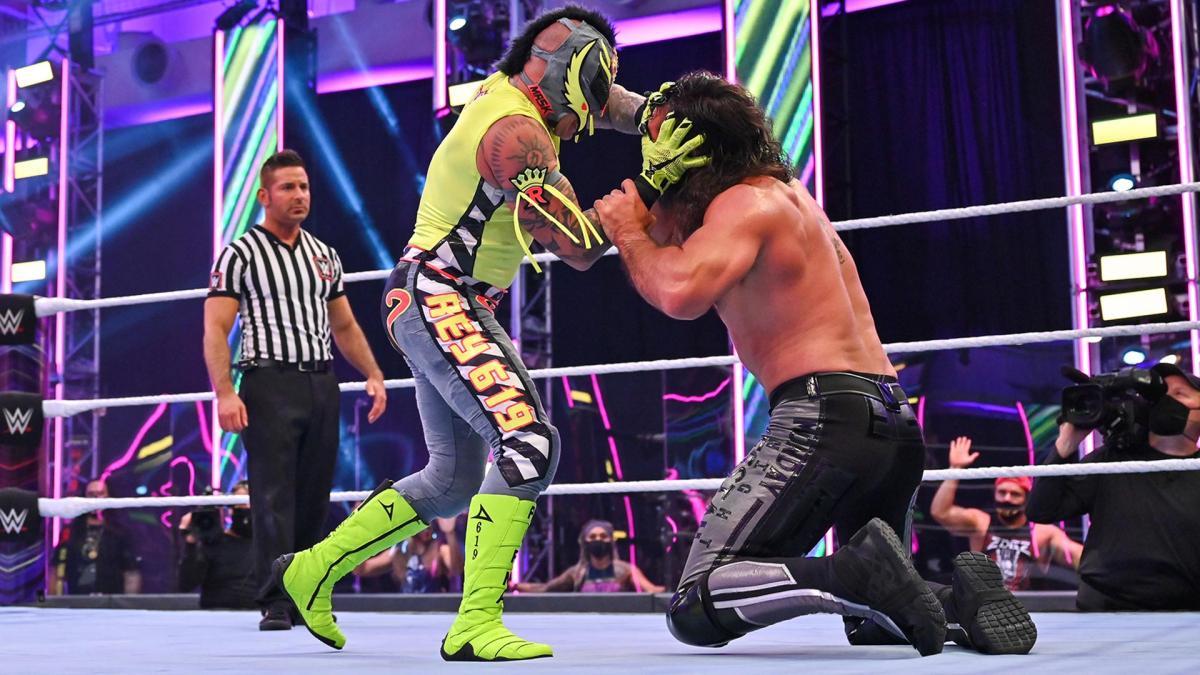 I would say this was the match I was most intrigued for. I was certain they wouldn’t really tear someone’s eye out but I was also certain that they would.

With that being said, this was a great match-up between two great wrestlers. In between all of the eye gauging spots we witnessed slick sequences. They had exceptional in-ring chemistry and I would argue if this was just a straight singles match, then it would’ve been even better.

Throughout the match, it was Rey who was getting the better of Rollins’ eye. He got payback by thrusting Rollins’ eye into the steel steps and the corner of the commentary desk. Rey even hit Rollins with a curb stomp on the outside of the ring. Though it wasn’t meant to be for Rey, as Rollins did manage to “displace” his eye via the steel steps.

Afterwards, Rollins looked intent on applying more damage but when he saw Rey’s eye he started gagging. For the most part, I thought the ending made it feel very real. It was clear that something bad had happened however I think Rollins visually throwing up was maybe a bit too far. That would be my only complaint of a marvellous match. 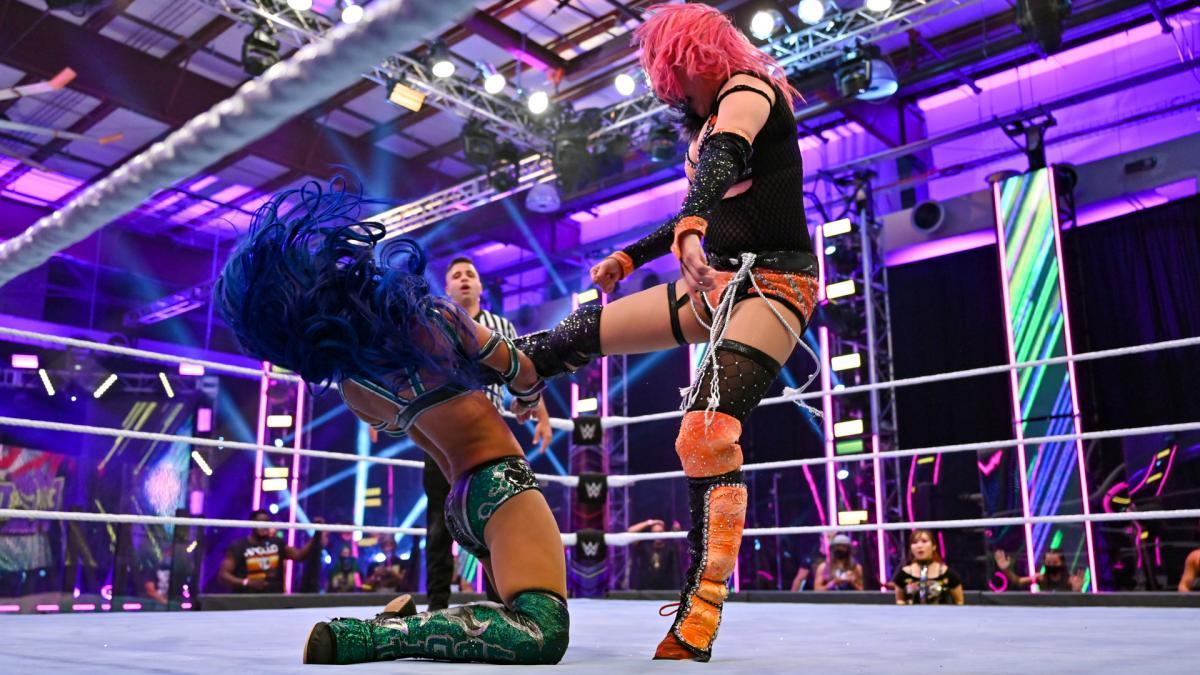 Following the fifth anniversary of the women’s evolution, we witnessed two of the main components of said evolution battling it out for the RAW Women’s Championship.

This match blended intense offence with technical submission sequences which saw both talents displaying and utilising their immense arsenal of ability. Sasha Banks throughout this match was selling like her life depended on it. There was a moment when Banks went up to the top rope and as she descended was greeted with a knee to the face which she made look devastating. Furthermore, a lovely spot saw Asuka hit a codebreaker on Sasha Banks from the middle rope, which looked amazing. Throughout the match, Asuka kept folding Banks up like an accordion with suplexes which, again, Banks sold to perfection.

The ending, however, was questionable. Very questionable. After some expected interference from Bayley, it led to the referee missing Banks tapping out. Asuka then primed up the Green Mist which she accidentally spat all over the referee. Bayley then laid out Asuka and proceeded to steal the referee’s shirt, put it on and count a three count for Banks who was placed upon Asuka’s prone body.

In my opinion, it felt very overbooked. The referee ending spot was unique but also quite confusing. There was too much going on in a short space of time and it was hard to keep up with. It has also been confirmed that Sasha Banks is not actually the RAW Women’s Champion. However, despite this booking, this was my match of the night. All of the in-ring material was beyond good and I can’t wait to see them meet again down the line. 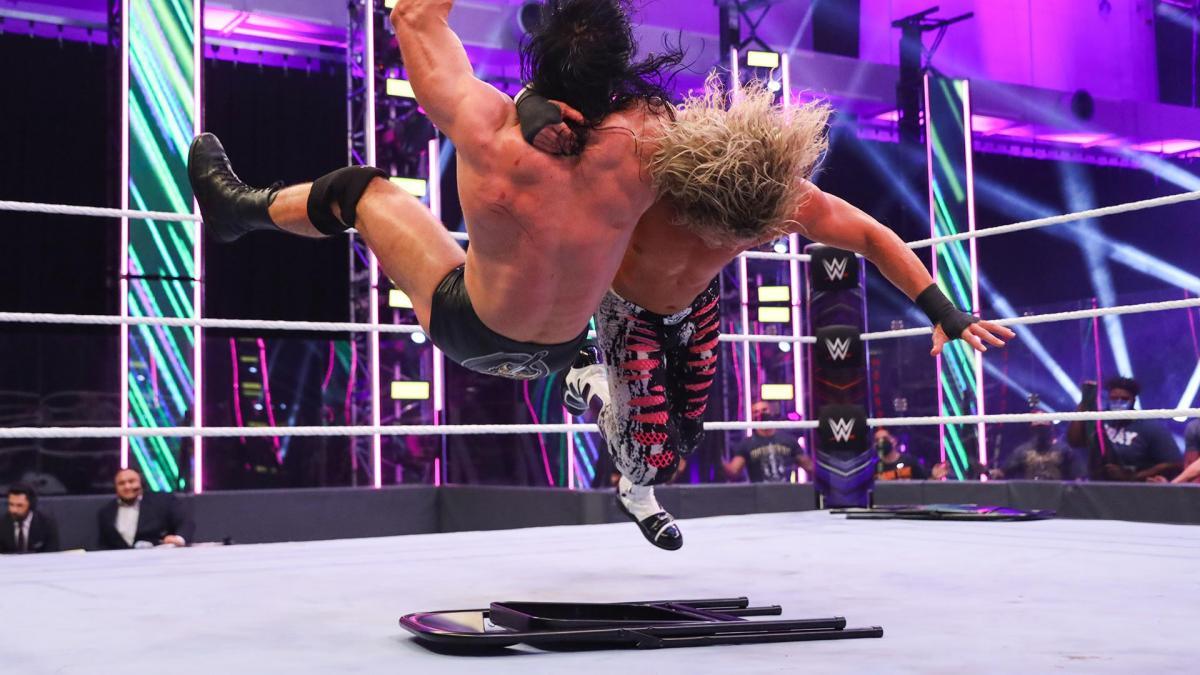 The in-ring main event saw Drew McIntyre defending his WWE Championship against Dolph Ziggler. Before the match started, Dolph announced the stipulation which was he, Dolph, was operating under Extreme Rules whereas Drew was under normal singles match rules. I loved this, as from Dolph’s standpoint it made an abundance of sense. He pitted the odds against Drew as much as he could whilst subsequently enabling a favourable stipulation for himself.

The story of the match was quite simple: Drew was trying to avoid any form of DQ which was increasingly hard as Ziggler was placing objects all over and outside the ring. A close call came when Drew performed a stalling suplex on Ziggler without realising he was about to place him through a table, meaning he had to change direction last minute. Drew was growing noticeably frustrated at his limitations.

Another moment saw Ziggler utilising his stipulation, performing an elbow drop from the top rope through a table which Drew was placed on. It had you on the edge of your seat seeing Drew be beaten up on the outside, fully knowing he had to get in the ring for the 10 count. Another nice spot came when Ziggler hit Drew with a Rock Bottom; Ziggler paying homage to The Rock who recently said he would like to see him win the championship.

The ending was awesome too as Drew combined his kip-up with a Claymore kick in an aesthetically pleasing visual. It looked so satisfying. I thought this was another good match which deviated from overbooking and weird stipulations to present a simple, yet, effective match. Ziggler, in my opinion, is very underrated. He consistently performs no matter where on the card he is. He is a great wrestler but also a great seller and made Drew look like a beast. Drew further proved why he is an amazing champion and had another fantastic outing.

Extreme Rules was a very interesting PPV. I thought the in-ring wrestling throughout was exceptional but some booking decisions didn’t click with me and tainted a few fantastic matches. I also want to add that Bray Wyatt’s acting in the Swamp Match was incredible and even though I wasn’t the biggest fan of this cinematic match, I was fully engaged with Bray, who had me hanging off his every word. I think Extreme Rules exceeded expectations but do believe WWE limited themselves on how good this show could’ve been.

Looking back at the best Authority Figures in Wrestling

No Result
View All Result