Basketball is not a simple sport; it takes great endurance, competence, and team spirit to outplay the other teams and win the game, and there is actually a lot more to the game than just players, a referee, a court, and a ball. So here are a few interesting facts and stats that you are sure to enjoy, even if you have never had a real interest in basketball before or aren’t as passionate about it as others.

Basketball was originally played with a different ball, and as strange as it may sound, it was originally played with a typical soccer ball, and referees were required to retrieve the ball after each basket. This changed in 1900, however, when string baskets were introduced and backboards were put in place to deter spectators from disrupting a shot. Another interesting tidbit is that dribbling was not allowed, and players were never allowed to advance the ball; they had to throw it over without moving. The first players who would be allowed to advance the ball by only a single dribble played at Yale in 1897, and this was officially adopted after about four years. Since then, basketball has spread across the world like wildfire, to the point where there are Asian NBA superstars; we bet you didn’t know that. The game was also much shorter at first, comprising two fifteen-minute halves with a five-minute break in between.

Canadian James Naismith (1861–1939) was a physical education teacher from Springfield, MA, who invented basketball in 1891 as a way to keep his gym class busy on a rainy day. It was originally called basket ball– yes, two words. He wrote and developed the 13 rules for the games, and through the YMCA network, quickly spread the news throughout the country. Naismith never sought publicity, however, or engaged in any self-promotion, seeing himself as an educator first and foremost, holding posts at the International YMCA Training School and at the University of Kansas. He embraced recreational sports but tended to shy away from the glory of competitive athletics. Although he never got the opportunity to see basketball become the incredible success it is today, Naismith got the chance to be sponsored by the National Association of Basketball Coaches to witness the sport he created becoming an Olympic sport at the 1936 Games that were held in Berlin, Germany, and today basketball has grown into one of the most popular sports in the whole world. His legacy lives on, long after his passing.

The NBA was originally called the Basketball Association of America (BAA) and was founded on June 6, 1946; after a merger with the rival National Basketball League on August 3, 1949, it changed its name to the National Basketball Association we know today. Before the NBA, pro basketball was dominated by three independent teams, the Buffalo Germans in the 1910s, the original Clectics of New York during the 1920s, and the Harlem Renaissance Big Fives, or the Rens, during the 1930s. If you ever wondered who the player in the NBA logo is, it is former All-Star Jerry West, who played with the Los Angeles Lakers from 1964 to 1974. The average NBA player weighs 220 pounds and burns about 760 calories during a 48-minute game. The average height for NBA players is just under 67 inches for men and just over 57 inches for women, and the players can run as much as four miles during a game. 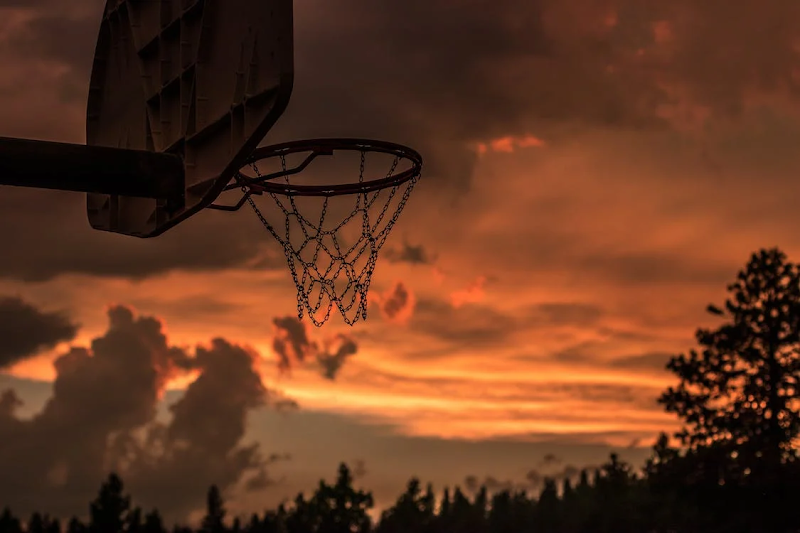 You have undoubtedly seen or heard of these shoes before—the best-selling basketball shoe of all time, Michael Jordan’s Air Jordan. They were initially banned by the NBA, and he was fined for wearing them. Unfazed, he continued to wear them and simply paid the fine each game, until the NBA gave up and dropped the rule. Most Air Jordan designs have been inspired by cars, aircraft, and motorcycles. For example, the Air Jordan VI and XVIII were influenced by the sleekness and performance of European cars, while the shark tooth design on the Air Jordan V drew inspiration from a World War II fighter plane, and the Air Jordan XX2 was modelled after the F-22 stealth fighter. Other than machines, some Air Jordans have also been modelled after animals, like the Air Jordan XIX, which was influenced by the African black mamba snake. Basically, Air Jordans are some of the most popular and best-selling footwear on the planet, ever. It is almost impossible for you or anyone else to not have, if not seen, at least heard of these shoes at some point.

Clara Baer introduced the game to women at the H. Sophie Newcomb College for Women in New Orleans and influenced the women’s style of play with her own set of rules, published in 1895. On receiving a diagram of the court from Naismith, she mistook dotted lines, which indicated the areas in which players might best execute team play, for restraining lines. The result was that the forwards, centres, and guards were confined to specific areas, but this seemed appropriate as many felt that the men’s game was too strenuous for women. Their rules have frequently been modified over the years; for example, until 1971 there were six players on a team, and the court was divided so that the three forwards played in the frontcourt and did most of the scoring while the three guards covered the backcourt. They now have their own WNBA, which is quite popular and well-attended, with many of their games being nationally televised, and women’s basketball became an Olympic sport in 1976.

Basketball is by far one of the most popular sports in the world, enjoying media attention, live games, sponsorships, and so on, with schools and colleges often having their own teams and games that can get quite heated. But the history and interesting little facts of the sport can go very deep, and we tried to go over at least a few of these, but there is a lot more you can research and read on your own.

Cooperstown and The Impending Reliever Conundrum