Tommy End Talks Possible Netflix Deal, His Passion For Wrestling, His Relationship, and Why He Refrains From Alcohol With Matt Rehwoldt (FKA Aiden English)

Around a week ago, Tommy End took to the Wrestling With Whiskey Podcast on YouTube to join fellow former WWE wrestler Matt Rehwoldt and discuss a few things. Among the subjects was Tommy’s current feelings and mood regarding his release from WWE, where he was a focal point of vignettes that teased a “Dark Father” character that saw him tell stories from a book.

While he was far from the only one released, he was one of the most surprising ones due to his talent and the aforementioned booking that was building him up, something he spoke about to a small degree with Matt as he teased that Matt will have some big news that “his fans will love to hear.”

“Of Course I’m not happy about everything, but I don’t want to talk about that yet. I still have to process that …but without those 5 years a lot of these people reaching out to me wouldn’t know me… and all the cool things that are coming in that are not necessarily wrestling related (and) all of the people interested in working with me is mind-blowing.”

Tommy has shown resiliency and even found solace in career freedom as he is comfortably weighing his options and has even took to social media and his Twitch streams to gauges his fanbase on what he should do next.

“Nothing is set, so dirt sheets don’t run wild with this but Netflix reached out to me.”

While he stresses that it is still early in talks, its indictitive to how in-demand Tommy End is after WWE squandered his run in the main roster after consistently feeding him as fodder to Seth Rollins. He is money and movie/tv production companies and studios are smart enough to realize this and if any of this is even slightly true, it is clear that Tommy is about to venture into a plethora of ways for him to get his Dutch mug back on the screen.

“6 months after we started dating, I asked her (Thea Trinidad) to marry me. I was like ‘this is it’ and I genuinely think that was the best decision ive ever made in my life because everything in my head calmed down. Everything in my life fell into place.”

End also opened up about his experiences with alcohol and how it affected him at an early age along with how he finally stopped. This was an unprecedented moment for the Wrestling With Whiskey show.

“It wasn’t controlling me, but it was something I chose to do… and that went on for a long time… and I’ve talked about mental health issues and they obviously don’t go hand in hand. At age 27 or 28, I was diagnosed with depression and I slowed down. It wasn’t as bad as my childhood but I started eliminating it more and more… Three years ago, and I think I hadn’t touched a glass of alcohol in a year, and it was a night where me and my wife Thea were sitting and I got an appetite for it… I poured out the whiskey into a glass, very nice bottle that I still have, and as soon as it touched my lips my body said nope. I’ve not touched alcohol since.”

You can find the full interview/podcast here. 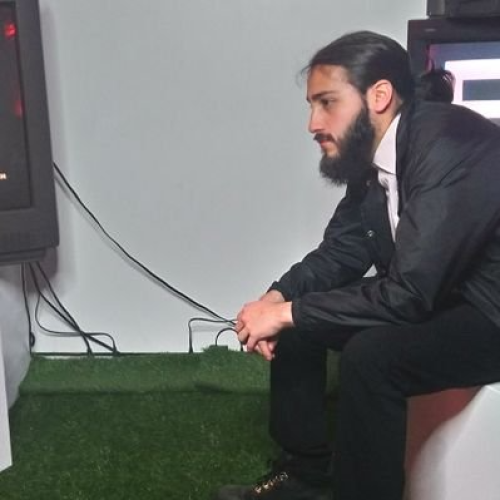